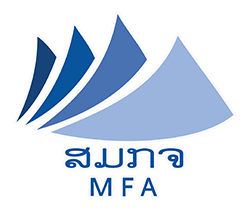 The development of microfinance in Laos dates back to the early 1990s when the country opened up and began evolving towards a market economy. The process started with support by multilateral and bilateral development agencies for the establishment of village-based credit schemes and revolving funds.

As to the regulated microfinance sub-sector, it is younger and much smaller than the semi-formal sub-sector. Only in 2008, the Bank of the Lao PDR (BOL), the regulatory and supervisory authority of the sector, promulgated regulations for 3 categories of MFIs: Deposit Taking MFIs (DTMFIs), Non-Deposit Taking MFIs (NDTMFIs), and Savings & Credit Unions (SCUs). By the end of 2017, 123 MFIs (19DTMFIs, 74 NDTMFIs and 30 SCUs) had been licensed or registered by BOL under these 3 categories and served roughly 247,000 clients, had a little over 62,000 active borrowers, a total loan portfolio of about US $88 million.

In the middle of the year 2016, the BOL has establish the implementation guidelines, number 01/BOL in order for DTMFI and NTMFI to implement the decree 460, for the SCU is continue to implement the regulation number 03. In between 2015-2017 the MFIs was very blooming rapidly, especially NDTMFI, due to low registered capital of about US $ 25,000. Therefore, to ensure effective supervision, BOL issued a noticed to stop authorize a temporary license since 18 May 2017, until the update degree will establish in the year 2019.

In order to strengthening capacity of the Board of Directors and staff, and the technical staffs of the BOL in the microfinance sector, the Microfinance Association, together with the Financial Institution Supervision Department, has implemented an intensive and effective Microfinance Management Certificate Course and will become a compulsory course in the microfinance sector in the Lao PDR since 2015. In addition, BOL in the partner with other microfinance project in Lao PDR has focused on promoting Financial Inclusion, until May 2018, the action plan on National Financial Strategy for the year 2018-2025, according to version 2030 has begun to be implemented.